Dr. Leopold has no disclosures.

GRIEVANCE POLICY: The AOMA strives to provide continuing medical education programs to fulfill the needs of the attendees and to meet the AOA Uniform Guidelines and AOA Accreditation Requirements. Comments, questions, or complaints should be forwarded to AOMA Executive Director Josephine Zammuto, by calling the AOMA Office at 602-266-6699 or by mail to AOMA, 1951 W. Camelback Rd., Suite 105, Phoenix, AZ 85015, or by email to info@azosteo.org 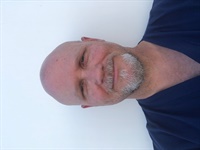 Dr. Peter S. Leopold was born in Tucson, Arizona and lived there for the first decade of his life.  At ten years of age the family moved to Des Moines, Iowa after his father, a Pediatrician, accepted the position of Chairman of Pediatrics at the University of Osteopathic Medicine and Health Sciences.  He remained in Iowa through high school.

Dr. Leopold returned to Arizona and attended Northern Arizona University in Flagstaff.  Following completion of college, he attended the University of Osteopathic Medicine and Health Sciences, receiving his Doctor of Osteopathy degree in 1997.

Residency brought him back to Arizona, this time in Phoenix, where he completed an allopathic residency in Internal Medicine at St. Joseph’s Hospital and Medical Center.  While at St. Joseph’s he became interested in electrolytes and acid-base disorders associated with critically ill patients which prompted him to pursue fellowship training in Nephrology.  He was accepted to the Nephrology program at the University of Iowa Hospital and Clinics where he completed training in 2002.  During his time at the University of Iowa he was involved in clinical research related to transplant immunosuppression, specifically the role of B cells in humoral mediated allograft rejection.  He is board certified in Nephrology (ABIM).

Dr. Leopold joined Arizona Kidney Disease and Hypertension Center in 2002 where he trained in in endovascular and surgical management of vascular and peritoneal access for dialysis.  He obtained ASDIN certification in 2007.  He is trained in vascular and renal ultrasound as well.  He was affiliated with the University of Arizona Interventional Nephrology Fellowship until returning to Flagstaff in 2009 to open an office for Arizona Kidney Disease and Hypertension Center. He practices Interventional nephrology in Flagstaff, Phoenix, Bullhead City and Winslow.

Dr. Leopold has no disclosures.